700,000+ Votes Determine Winner Of The Second-Annual ‘Drive For The Cover’ Contest

DAYTONA BEACH, Fla. (Dec. 3, 2013) – Tony Stewart fans have spoken, and they’ve made it clear that they cannot wait to see the driver of the No. 14 Bass Pro Shops/Mobil 1 Chevrolet back on the track, even if it is on the cover of a video game. NASCAR announced today that fans worldwide have cast more than 700,000 votes in the “Drive for the Cover” campaign, ultimately selecting three-time NASCAR Sprint Cup Series champion Stewart to appear on the cover of NASCAR ‘14. Stewart has appeared on the cover of the officially licensed NASCAR game twice before, but this is the first time he was selected by fans.

END_OF_DOCUMENT_TOKEN_TO_BE_REPLACED

According to a study by folks that track this sort of stuff, Danica Patrick is the #1 Celebrity Endorser when it comes to Social Media Buzz. The study looked at the number of mentions of a brand along with the celebrity on Twitter over a 30 day period, and came up with this list.

Despite being a five-time winner in the NASCAR Sprint Cup Series, and being a NASCAR Nationwide Series champion in 20120, the thing that has drawn the most headlines nationally for the 28-year-old NASCAR driver is his twitter account @Keselowski. During a red-flag in this year’s Daytona 500, which was for of all things a jet dryer truck fire, Keselowski became the first driver to tweet from inside his racecar.

Instantly he gained over 200,000 followers in a matter of just moments. Little Brad Keselowski from Rochester Hills, Michigan became the headline story on Yahoo.com, MSN.com heck even every major news network. It was a big story — a NASCAR driver tweeting photos to the world, from inside his car during a race — now it may have been during a red flag — to that point nobody had even heard of drivers carrying their cell phones in the car. In that sense Keselowski is a revolutionary member of social media for his sport.

Friday I got the opportunity to ask Keselowski about the importance of social media in auto racing, you could see a smile reach his face as he fielded the question, and immediately one of the most prominent drivers on Twitter took off with the subject.

“I think social media is very important to the sport, and it is very important to future generations and to increasing the younger demographic in our sport. I think it’s well documented that that’s very much needed. And I’m glad to be at least what I feel like to be in the forefront of that,” Keselowski stated.

END_OF_DOCUMENT_TOKEN_TO_BE_REPLACED 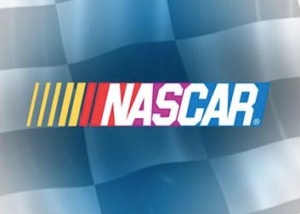 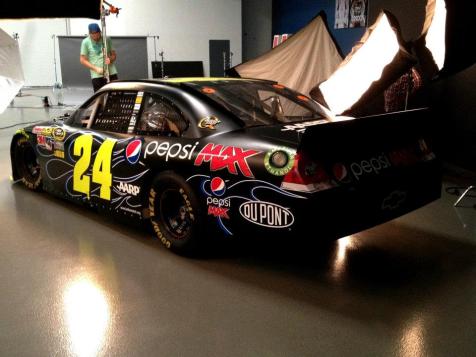 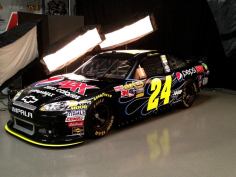