Here is a full breakdown of all of the NASCAR television programming that will be available on Thursday. Thanks to John Morris (@JMorrisTV on Twitter) for helping compile this list!

ALL TIMES ARE EASTERN STANDARD TIME! 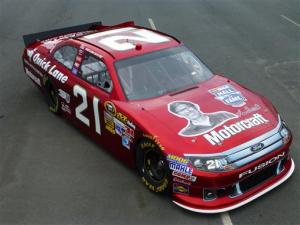 The segment will feature Bayne and the all-new 2013 Motorcraft/Quick Lane Ford Fusion stock car, the model that was just approved for ‘13 competition by NASCAR this past Monday.