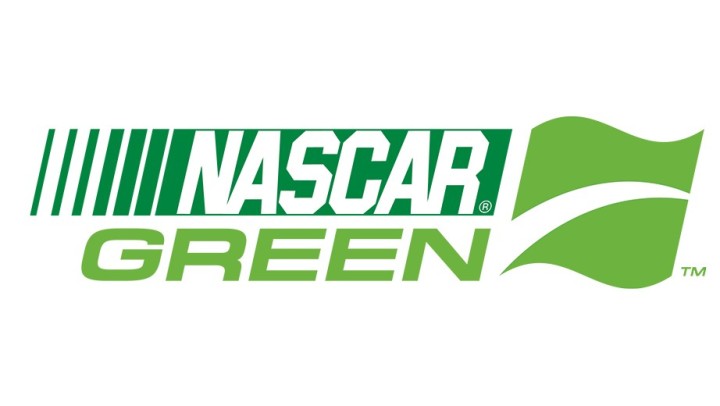 DAYTONA BEACH, FLA. (APRIL 18, 2016) — In celebration of the industry’s wide ranging effort to protect the environment, NASCAR announced today its fourth annual NASCAR Race to Green™ program. The week-long initiative will culminate with Sunday’s Toyota Owners 400 at Richmond International Raceway (1 p.m. ET on FOX), and recognize many of the key stakeholders that care deeply about sustainability, including teams, tracks, partners, employees and fans.

“The foundation of NASCAR Green has been fortified by strategic partnerships designed to help reduce our environmental impact, validate green technologies, and educate our fan base,” said Brent Dewar, NASCAR chief operating officer. “Race to Green will recognize the partners and key stakeholders that share our passion to champion sustainable practices for the benefit of our country, climate and fans.”

For the first time, NASCAR Race to Green will feature a week-long spotlight series on NASCAR.com/green highlighting the sustainability efforts of partners that work closely with NASCAR year-round to help protect the environment. Fans can follow these stories and the Race to Green social conversation this week using #NASCARGreen.

In addition to several tracks and teams, the following partners will be recognized for their green efforts:

· American Ethanol and Growth Energy will celebrate six years as a NASCAR Official Partner and will eclipse 10 million miles of racing on Sunoco Green E15 in 2016, the equivalent of more than 400 trips around the circumference of the earth.

· Elgin Sweepers save roughly one gallon of diesel fuel per hour, which relates to about 22.4 pounds of CO2. This technology offsets about 16 metric tons of CO2 being put into the environment over the course of a full NASCAR season, the equivalent of planting 372 new tree seedlings.

· Safety-Kleen – the official waste remover of NASCAR – will collect approximately 180,000 gallons of oil. That oil is transported to one of four Safety-Kleen oil refineries and processed, making the oil clean and usable again.

· Mobil 1 is serving as a NASCAR Race to Green initiative partner for the third consecutive year, further extending its promotion of sustainability through its fuel-efficient motor oils – Mobil 1™ Advanced Fuel Economy and Mobil Delvac 1™ LE 5W-30.

· Toyota has partnered with Richmond International Raceway to create a Toyota Green Space, a newly beautified area that includes nearly 38,000 square feet of fresh grass, a picnic area and newly planted trees and plants, for fans to visit during the Toyota Owners 400 race weekend.

Also featured on NASCAR.com/green is the NASCAR Green Carbon quiz, where fans will once again be invited to measure their environmental impact and receive tips from Official Green Partners on how to reduce their carbon footprint.

During NASCAR Race to Green week the color green will be displayed on the A-post of race cars across the NASCAR national series and NASCAR Whelen All-American Series. NASCAR Green flags will be displayed at all tracks hosting NASCAR events this weekend, including Richmond International Raceway, Stafford Motor Speedway and the Circuit Ricardo Tormo in Valencia, Spain (NASCAR Whelen Euro Series).

After a successful pilot program in 2015, Richmond International Raceway will once again focus its sustainability efforts towards food rescue and recovery. Last year, the track and Americrown Services donated more than 3,300 meals to local food shelters and soup kitchens, diverted more than 24,700 pounds of food scraps and waste to composting and recycled more than two tons of cardboard, resulting in nearly 33 metric tons of CO2 Greenhouse Gas Reductions.

Since 2008, NASCAR has planted enough trees to completely offset carbon emissions for all racing for the past six years, plus the next 40 years; will eclipse more than 10 million competition miles on Sunoco Green E15, a biofuel blended with 15 percent American-made ethanol from American-grown corn; and features a substantial amount of NASCAR teams and tracks that rely on solar power as an energy source, including: Daytona International Speedway, Indianapolis Motor Speedway, Michigan International Speedway, Pocono Raceway, Sonoma Raceway, Roush Fenway Racing, Chip Ganassi Racing, JR Motorsports and Kyle Busch Motorsports.

The sport’s commitment to sustainable behavior continues to resonate with fans. According to a 2015 study commissioned by NASCAR and conducted by Toluna, when compared to non-fans, NASCAR fans are approximately twice as likely to indicate their household is very green – always looking for new ways to positively impact the environment.

For more information about NASCAR Race to Green, visit NASCAR.com/Green.