Monday’s Gander RV 400 at Dover International Speedway was one of the more challenging events of Denny Hamlin’s 2019 season so far. Hamlin began the day with an ultra-loose No. 11 Toyota Camry. Not long into the final Stage of the race, Hamlin’s tire went down and his car went for a spin.

However, that wasn’t the most troubling thing on the day for the Virginia native. Hamlin’s car had damage to the crush panels, which led to fumes leaking into the cockpit of his race car. This led to Hamlin becoming ill as the race came to a close.

Hamlin crossed the finish line in 21st, three laps off the pace. As he exited the car medical personnel were on the scene immediately to aid Hamlin. 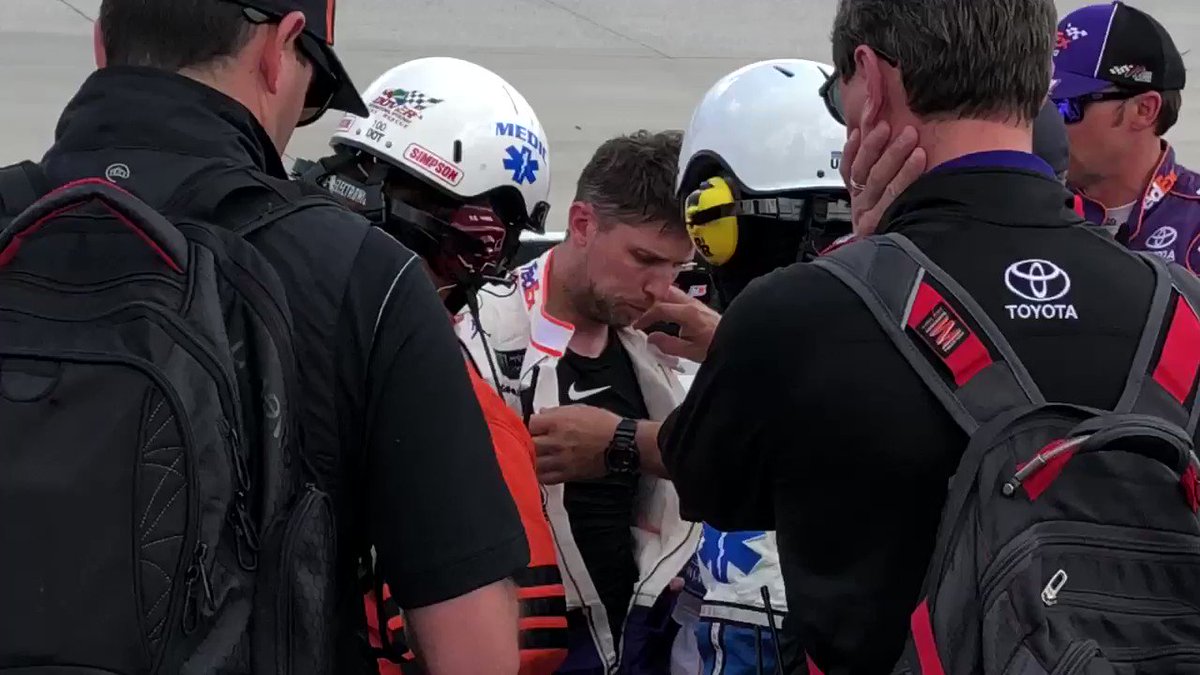 .@dennyhamlin was being attended to by medical staff on pit road once he exited his car. Looked exhausted.

He was seen on a golf cart being wheeled away for further treatment. #NASCAR

94 people are talking about this

Hamlin, who had finished 11th-or-better in each of the first nine races of the season, has now finished 21st-or-worse the last two events. Now he will hope to shake off the effects of the fumes he inhaled during this race on a short week. The Cup Series returns to action this Saturday at Kansas Speedway.