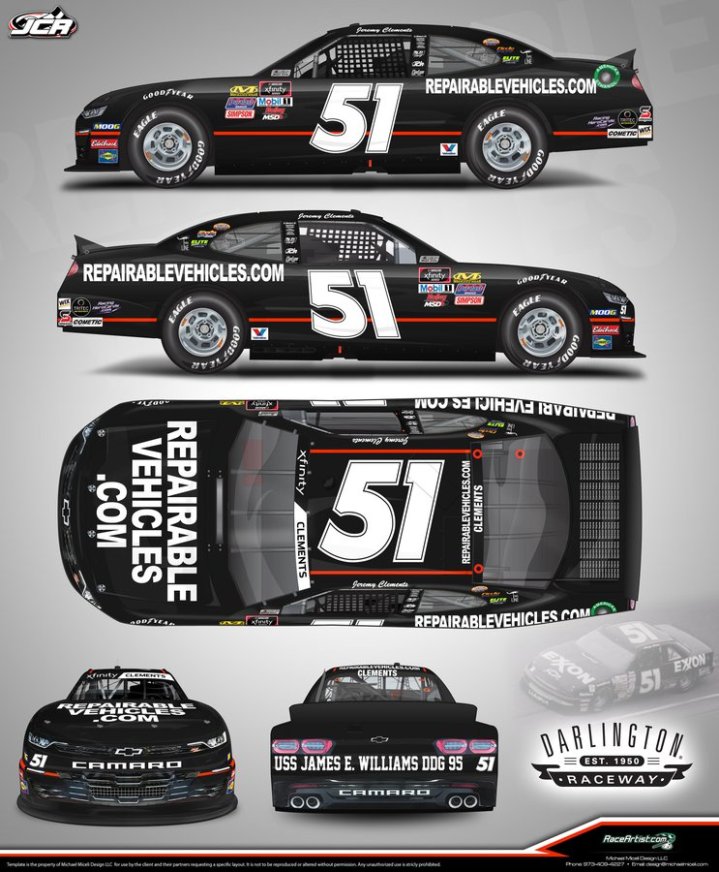 Thursday was a busy day for Days of Thunder inspired throwback paint schemes. Early in the day William Byron and the No. 24 Hendrick Motorsports team revealed that they would drive Cole Trickle’s City Chevrolet scheme in the Monster Energy NASCAR Cup Series Bojangles Southern 500. Now, Jeremy Clements has joined the party and will drive an iconic car from the film as well in the Xfinity Series race during throwback weekend.

Clements’ car will be Rowdy Burns’ No. 51 Exxon scheme, but it will have sponsorship from RepairableVehicles.com.

The car is black with the iconic red stripe down the side and it even features the same font styling for the No. 51 as what the car in Days of Thunder had.

It’ll be cool to see both of these iconic paint schemes from the 1990 film on track.