UPDATE 2:00 PM ET: After speaking with numerous crew chiefs, Bob Pockrass posted a photo of what is suspected to be the area of the firewall that NASCAR wasn’t happy with inside the No. 52 truck.

UPDATE 9:47 AM ET: NASCAR has also announced that due to the confiscation of their primary truck, the No. 52 team will have to start at the rear of the field in tonight’s Buckle up in your Truck 225, regardless of their qualifying position.

UPDATE 9:27 AM ET: It is officially a “Firewall issue” that caused NASCAR to confiscate the primary No. 52 truck reports Bob Pockrass. Nobody ejected from the track from the team and penalties are to be determined. Any penalties could be announced as late as next week.

Firewall issue on the Friesen truck, according to NASCAR. No one ejected from the team. Penalties TBD — possibly not announced until next week — pending further discussion among NASCAR officials. The truck sits outside the #NASCAR hauler. pic.twitter.com/cWfjjQFsc0

UPDATE 9:23 AM ET: Bob Pockrass is reporting that Friesen’s backup truck last ran at Chicago a couple of weeks ago and it will be ready in time for opening practice at 9:35.

Friesen has pulled out his backup, which ran at Chicagoland. It will be ready for first practice. He was allowed to get his seat and safety equipment from the primary, which NASCAR had taken. The primary was a new truck (GMS affiliate). pic.twitter.com/p6C6fWGmwn

UPDATE 9:07 AM ET: The Halmar Friesen Racing team has been allowed to take the driver safety and comfort equipment from the truck, according to Chris Knight of Catchfence.

Although no details on why are available yet, it appears that NASCAR did not like something about Stewart Friesen’s No. 52 primary Chevrolet Silverado for Thursday’s Buckle up in your Truck 225 at Kentucky Speedway.

Nascar has confiscated the Stewart Friesen primary truck at Kentucky after determining it was unacceptable (no additional details yet).

Fox Sports’ Alan Cavanna added that the No. 52 team’s primary truck which was confiscated was a brand new truck that was making it’s first appearance at the race track. It very well could be its last.

The NASCAR Gander Outdoors Truck Series have two (not televised) practice sessions on Thursday at 9:35 AM ET and 11:05 AM ET. Qualifying and the race are also on Thursday.

It’ll be a busy day of playing catch up for the No. 52 team.

As soon as more is known, I will update this story.

Here is a full breakdown of all of the NASCAR television programming that will be available on Thursday. Thanks to John Morris (@JMorrisTV on Twitter) for helping compile this list!

ALL TIMES ARE EASTERN STANDARD TIME! 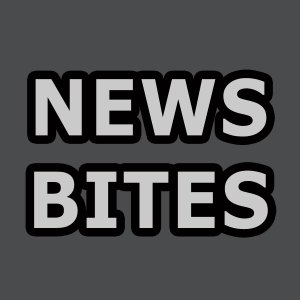 A Dodge or a Toyota has won six of the last seven NASCAR Sprint Cup races at Bristol Motor Speedway. …

New York, NY – May 24, 2012 — United Stations Radio Networks, Inc., (“USRN”), an independent leader in original network radio programming, today announced that, in conjunction with the Producer/Host of its popular short-form auto racing feature THE FINAL LAP with Kerry Murphey, the network is expanding the programming output from that brand and is introducing THE FINAL LAP WEEKLY.   The new one-hour talk show will be available to Sports Talk and other stations beginning with the weekend of June 2-3, and this announcement comes from Murphey who is based in California along with USRN EVP/Programming Andy Denemark at the network’s headquarters in New York.

THE FINAL LAP WEEKLY is designed to be an all-purpose NASCAR racing talk show, and the weekly show content will include discussion of the biggest news of the week in racing, race recaps and previews along with interviews with drivers and other NASCAR personalities.  There will be opportunities for listeners to engage with the program interactively through social media as well as via the show’s website which was heavily enhanced and re-launched in the summer of 2011 at www.thefinallap.com.   THE FINAL LAP WEEKLY actually began as a podcast on that same website, but it will now also be available to radio stations for broadcast.

For this new talk show, Host Kerry Murphey will be joined by co-host Toby Christie.   Kerry Murphey is a radio veteran with over 25 years in the medium.  Murphey started his career at KIIS-FM Los Angeles where he was the producer of the Magic Matt Alan afternoon show.  In 1994, he joined Blair Garner’s syndicated After Midnite as the sports talent for the show using the on-air moniker of “Jim Shortz”.   It was the popularity of the racing elements of those sports reports that helped develop the concept and execution of The Final Lap which currently has over 200 affiliates.  Texas native Toby Christie is a long-time NASCAR devotee and writer who covers the sport. Christie’s coverage of NASCAR has been featured on RubbingsRacing.com and BleacherReport.com for several years, and he’s also the co-founder of sicknissified.com and a contributing writer to thefinallap.com.

Regarding the introduction of THE FINAL LAP WEEKLY, USRN’s Andy Denemark commented, “2012 has been another solid year for NASCAR racing with TV viewership and track attendance both up.  At the same time, Sports Radio is growing exponentially, so we felt it was a great time to bring a new long-form racing talk show to the airwaves.   Kerry Murphey is a proven winner, his team covers the sport like no one else, and this is a great brand extension for Kerry and The Final Lap.”

To lock in your radio station, contact us below and we’ll get you all signed up.

Their mission is to present to you the fan with the most up to date racing information for the Canadian racing scene. Where you can voice your opinions in the hot topics in racing. Live interviews with track promoters, drivers, travelling series, teams, and others that shape our sport.