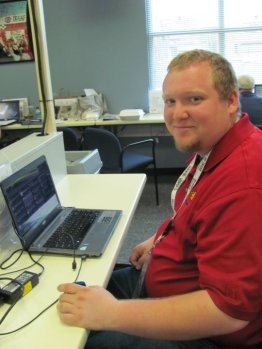 Congratulations to our own Toby Christie for winning the ‘Race Coverage Writing’ category, 5th place NMPA Award for this article

FORT WORTH, Texas — Sunday’s AAA Texas 500 at Texas Motor Speedway proved once and for all that Jimmie Johnson is actually human, and it very well could go in the books as the worst race of his Monster Energy NASCAR Cup Series career.

Despite winning seven races in the past at the 1.5-mile speedway in Texas, the 42-year-0ld looked out of sorts all day long this time around.


The trouble started on a pit sequence at lap 55. Johnson hit pit road for four tires and fuel, but when he got back out on the track the No. 48 Chevrolet had a tire rub, which developed into a severe vibration. The vibration led to Johnson bringing his car back to pit road on lap 68.

This trapped Johnson two laps off the pace, but there was a saving grace — Stage One would conclude 17 laps later. Theoretically this would give Johnson and his No. 48 team a chance to do a wave-around and get one of his laps back while the rest of the field pitted. It’s a logical theory, but one Chad Knaus — one of the brightest crew chiefs in NASCAR history — failed to capitalize on.

Knaus instead called Johnson to pit road on lap 89, which kept Johnson mired two laps down.

After the race, Johnson said that second-guessing Knaus’ strategy is easy once the race has played out, but not as easy to question as the race is unfolding.

“Yeah, I saw that. I saw a few cautions came after. The driver usually has a small vantage point that I didn’t want to say anything,” Johnson said. “And I just didn’t know what was the master plan. It’s easy to look back on it and see how quick those cautions came out and say yeah we could have done that. But I’m sure there was a good reason at the time.”

The rest of the afternoon consisted of Johnson trying not to crash his overly loose race car.

“Yeah just trying to not make any bigger mistakes,” A puzzled Johnson stated. “It was a car that wasn’t handling right and then we kept making mistakes throughout the course of the day, and I didn’t want to spin out like I did at Kansas. I had a very similar balance in the car and I just told myself I can’t do that.”

The driver from El Cajon, California went on to say that, “I almost crashed about 30 times.”

Johnson finished the day in 27th, three laps off the pace.

It’s the latest in a continuing season of frustration for the seven-time champion — who has somehow stayed in contention for a record eighth championship to this point despite recording just four top-five finishes all season long.

But with finishes of 12th and 27th in the Round of 8, Johnson finds himself in a near must-win situation at Phoenix Raceway, as he sits 51 points behind the Playoffs cut line. It has Johnson fans scratching their heads, but nobody is more confused by the downturn in performance than Johnson himself.

“I’m scratching my head probably more than anyone else is,” Johnson said.

When pressed about his mindset heading into the deciding race for the Championship 4, Johnson sounded, like we’ve never seen him in 16 years — absolutely defeated mentally.

“I’m still licking my wounds right now, so I don’t have any good quotes,” a dejected Johnson explained.